An interesting fact to note about the Burmese cat, history tells, is that it is a breed of domestic cat originating in Thailand. One female Burmese cat called “Wong Mau” was brought overseas and since then it has evolved into different distinctive traits. Crossbreeding has a lot to do with it. Crossbreeding has been recorded mainly in parts of America and Europe and as a result, Burmese can be recognized in a wide variety of colors.

Originally, Burmese present a deep dark brown (sable) feature but with the motivated of breeders, other distinct colors have come to be officially accepted. In the US alone, the CFA, a cat pedigreed registering association has listed four: champagne, chocolate, and blue including sable.

But other notable colors are cream and the brown, lilac and red. Standards may vary in terms of color but one unique feature of this cat is its eye. You can easily recognize one with its round golden or green eyes.

Other than their unique appearance, their personality is also one of the traits that catch people interest. Most of you may definitely wonder, “Are Burmese cats friendly?’, Do they make a good family pet?” We’ll give you more interesting facts about this distinctive cat. 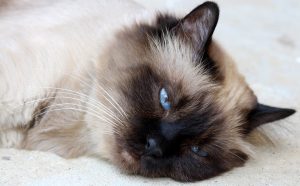 With like over a hundred of breeds of cats, the Burmese aren’t listed on the top. They are fairly popular among cat owners;however, they are considered one of the best in terms of personality. What really makes them special is the fact that they are extremely affectionate and huggable. They are the ones you want on your lap when you’re watching TV, the ones you want to sit or sleep with when you’re in a moody situation, and the ones you need when you think the world is crumbling apart.

Okay, the latter part I didn’t mean seriously but you get what I mean. These cats, with their social and playful temperament make them one of the friendliest breeds. In addition, they are surprisingly smart and vocal. They are known to fetch toys just like dogs. They love attention much like you do. They are emotional at times especially when they are left alone.

Burmese are a perfect choice for families living with children. The kids will definitely enjoy the furry experience. These so-called ultimate companion cats won’t disappoint you. 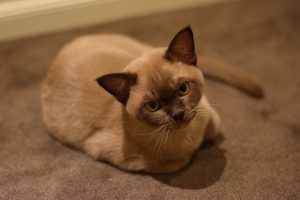 Though having a small to medium frame, the Burmese cat is relatively heavier than it appears. Comparable to a Pitbull, it packs muscle and is considerably stocky thus weighing heavy makes perfect sense. The male cat is distinctively heavier than the female one. The average weight for a male Burmese is 12 pounds, and the female is slightly lower but it can also weigh as heavy the male. 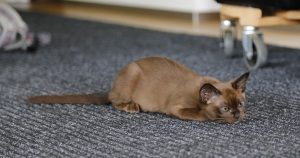 Unlike the Persian and other breeds with long fur, the Burmese cat is easily recognized with its short silky-smooth coat cover. And as what has been mentioned above, their unique colors are champagne, chocolate, sable, platinum, lilac, red and others.

The natural patterns are solid and tortoiseshell. Regular grooming isn’t necessary and should be avoided since it does not shed much. A week of grooming should be completely fine. Nonetheless, nail trimming and ear cleaning should be done on a constant basis to maintain good health. 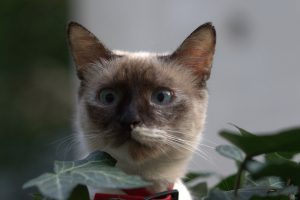 These cats are quite healthful but some may be prone to some diseases such as diabetes mellitus, and the symptoms are increased thirst, urination and appetite, and weight loss. Such can’t be easily noticed but in the early stages, when your cat spends much of its time outdoors you know something is odd.

A few Burmese can develop a rare condition labeled as feline orofacial pain syndrome and this suggests oral and facial discomfort. Others also can have an unusual eating habit known as pica in which one nibbles on clothing, blankets and even furniture.

Most of the health issues your cat may encounter are genetic and so it’s better to be aware of these matters. When you buy a pet from the local pet shop, you at least try to be investigative with its health conditions.

Getting a cat from a trusted breeder frees you from future troubles. Nevertheless, obesity is a big issue for cat owners. One must be responsible enough in controlling the cat’s diet 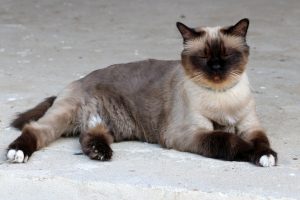 There is no question that Burmese cat is warm towards people, yet it’s still a prerequisite to do some research before bringing home one. Furthermore, you should well be aware of the responsibility that comes with it.