Why Do Siamese Cats Talk So Much?

Siamese cats have earned a reputation for being talkative animals. But is there a scientific basis for this fact or is it just a common stereotype?

The truth is cat’s meow for the same reason people talk. They are social animals and meowing is their way to communicate. Siamese cats are particularly chatty because they have had a long history of interaction with human beings.

The History of Siamese Cats 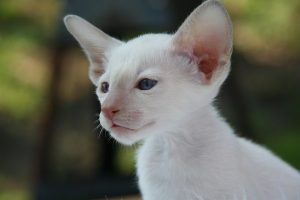 Siamese cats are a breed originally native to Thailand (formerly Siam). They are one of the oldest domesticated cat breeds and have a long history of interaction with humans. They were imported to Europe in the late 19th Century and ever since have been a breed equated with class and royalty. Their unique appearance made them a favorite of British and American aristocracy of the time.

Their coy personalities and exotic appearance make them a chic, yet manageable house pet. For this reason, Siamese cats have a long history of domestication. This comfort with human interaction is a big part of why Siamese cats are so talkative.

Why do cat’s meow? 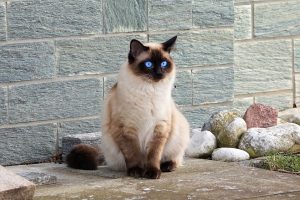 Cat’s meow for the same reason humans speak to one another. They are social animals and they need to communicate things like hunger, thirst, or anxiety. Their ability to communicate is not as advanced as human language, but like most sentient organisms, they developed vocal cords and basic communication skills as a way to survive in the wild.

Even though house cats are mostly all domesticated at this point, they still need basic communication skills to interact with humans and other cats. Cat’s meow if they are hungry or uncomfortable to alert others of their needs. If your cat is meowing excessively, it’s because they are trying to get something from you.

Sometimes it’s food or other necessities and sometimes it’s just attention. The longer you have a pet, the better you will get at understanding their personality and being able to decipher what they are trying to tell you.

Why do Siamese cats talk so much? 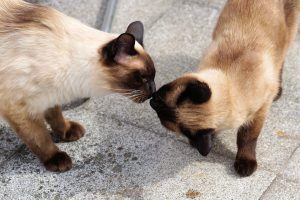 Siamese cats are known to talk excessively because of a combination of these two factors. They have a long history with humans, which makes them more comfortable with interaction. Their association with the upper class in Western society has made them a popular species.

When you go to a party with other people, you’ll likely notice that popular attendees are often the most talkative. This is because throughout their lives they have gotten positive feedback from social interaction and being talkative.

Animals think the same way. Siamese cats have been a popular breed in Europe and North America for over a century. They are more comfortable seeking attention from their owners because of their exalted status in our culture.

They are genetically predisposed to being more outgoing than many other breeds of cat and therefore it’s common for Siamese cats to seem excessively chatty.

What to do if your Siamese cat talks too much? 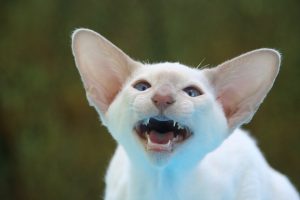 If your Siamese cat is talking too much, it means they need something from you. Here are some ideas to try out if your pet needs excessive attention.

Feed it more. Although Siamese cats are often a slender breed, this doesn’t mean they don’t have an appetite. If you notice your cat is meowing a lot, it may be that it is hungry. Perhaps the portions you’re giving it are not enough and it needs more calories.

Or try filling its water dish more frequently in case it’s dehydrated. If you have reason to worry about your pet’s weight or its diet, you should consult your veterinarian before making any changes. But hunger is on the reason your cat may be talking to you more than usual.

Give it more exercise. Perhaps it just wants to stretch its legs. Although some cats can be quite sedentary creatures, they still need sunlight and exercise like any living being. If you live in an apartment or a home with limited access to outdoor space, you may consider taking your Siamese to the park or out for a walk.

If you have a fenced-in yard where the cat can roam without getting lost, let it out more often to get some air. Even if that wasn’t the original reason it was trying to get your attention, the exercise might be just the thing to tire it out.

Give it more attention. Siamese cats thrive off of attention from their owners. If it is meowing often, it may be that it simply needs more social interaction.

Spend an hour playing with it, or letting it snuggle up on your lap while you watch TV. Making sure your pet gets enough attention is important to building a bond and keeping it happy and healthy.

Buy another pet If you already spend time with your cat and it still needs attention, it may consider getting another pet. If you can get another Siamese, this would be ideal. 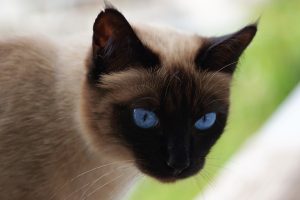 Siamese cats are known for having strong personalities and being temperamental. They do not always play well with other cats or species of animals. Getting another Siamese will increase your chances that the pets will build a quick bond.

However, all cats have their own personalities and you may decide to get a different pet if it makes sense for your family. As long as you take the time to introduce the two animals and encourage them to play well with each other, getting another pet can be a great way to keep your Siamese entertained while you are busy.

These are just a few suggestions if you have an overly vocal Siamese cat. If you believe they may have a serious problem or medical condition you should consult a veterinarian.

But Siamese cats are naturally social animals and it may be that they just like the attention. Keep them occupied with toys and social interaction and they shouldn’t give you too many problems.